Mark Twain said, "The difference between the ALMOST right word and the right word is really a large matter – ’tis the difference between the lightning  bug and the lightning." Ludwig Mies van der Rohe nodded and answered him, "God is in the details". Truman Capote, who was also there, wanted to add "A man who doesn't dream is like a man who doesn't sweat", and Fellini aimed "The creator had to retain a point of transgression", and "If there's one thing that's dangerous for an artist, it's precisely this question of total freedom". Thoreau looked at them and advised, "___"

In this masterclass with Javier Jaen you will work with tools and resources to stimulate the creative process. The workshop consists of short, theoretical and practical exercises, there will be discussions around topics such as the semantics of objects, particular concepts of semiotics, abstract concepts, words, expressive values of the image, analysis and synthesis, ink vs bond, others, composition, signs, meanings, etc.

Required skills:
Open for everybody.

Required material:
_ Pencil and/or black marker
_ Between 10 and 20 small objects found, anything goes: Screws, marbles, pieces of cloth, candies, brushes, plugs, wires, diamonds.
_ Materials and tools you usually work and feel most comfortable with, whatever they are Javier Jaen has taught at Istituto Europeo di Design, IDEP, and frequently runs workshops and lectures worldwide. His work has been recognized by AGI Membership (2015), Society of Illustrators (Illustrators 55, 56, 60), American Illustration (AI33, AI34, AI38, AI39), Print Magazine (New Visual Artist 2013), Junceda Award (2013), Gràffica Award (2010), Laus (Grand Laus 2016, Gold 2017, Silver 2018) D&AD Pencil (2017), The Society of Publication Designers (Gold medal 2018), Feroz Awards (2022) and Award OF Excellence in Illustration by the Society for News Design (2022). He has participated in exhibitions in New York, London, El Salvador, Seoul, Rome or Ciudad de México.
He also has two sports awards and a lifetime achievement honor as a comedian, but he didn't win them, he only designed the trophies. Don't let him fool you.

Jaen published a retrospective of his work exactly 30 years after his first tooth fell out. These two events are probably not connected at all. He has still not written a child, planted a book, or given birth to a tree. Everything is waiting to be done. 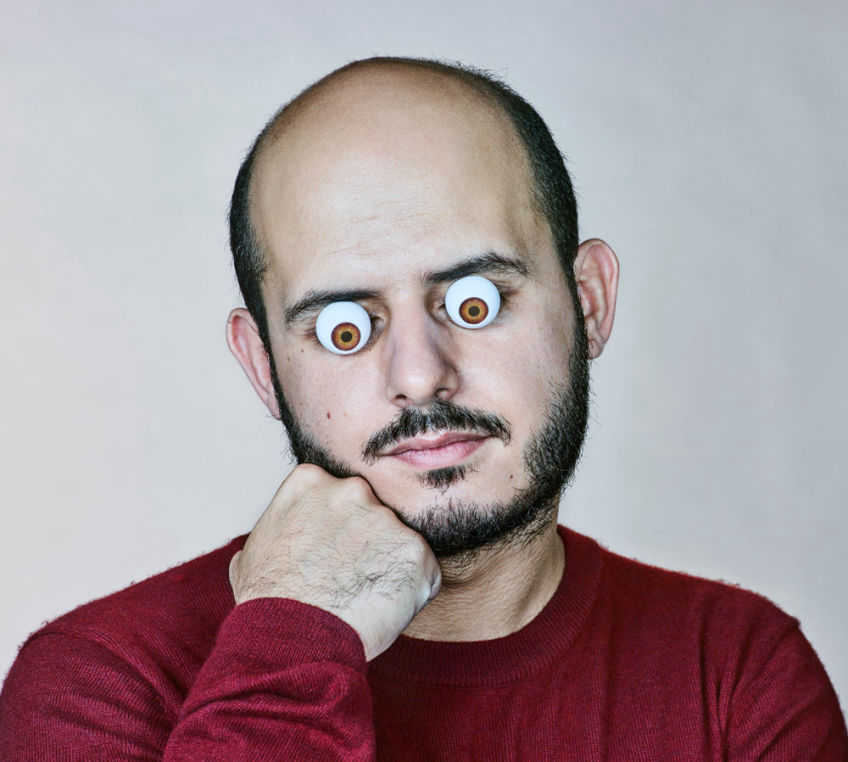