Harry Campbell /
The Idea of You – It's Personal

Generating solutions to problems in a very personal way.
Original ideas, genuinely personal and unique solutions come from within—meaning from who you are, what you are, how you feel, what you like, how you think. At best, ideas in some way reflect who you are. Your own unique way of seeing and solving a problem, interpreting a narrative, or simply augmenting a beautiful or thoughtfully written editorial. We will delve into this idea of solving problems by really taking it to a personal level. We will then distill those ideas, make sense out of them, make them direct and impactful—or perhaps, simply subtle and nuanced.

Required skills:
Medium to advanced illustration skill level, but you should have some experience creating illustrations from start to finish.

Intermediate English proficiency:
The course will be conducted in English, and there may be some reading materials/discussions involved.

Required material:
Sketchbook and/or a pad of drawing or tracing paper for sketching, pencil, pens, eraser; materials you need for the final illustration—traditional or digital media are both acceptable.

9 (of 12) tickets are already sold for this class.

Harry Campbell lives and works in Baltimore, Maryland. His illustrations are recognizable for their precise line and thoughtful ideas. His work covers a myriad of subjects and sectors—from illustrating fast moving opinion pieces for world news outlets, to finding solutions for subjects in science and technology. Harry graduated from the Maryland Institute College of Art (MICA) and worked for several years in New York as a designer, employed by companies such as Warner Brothers and Nickelodeon. When he isn’t behind his screen he can be found rehabbing old houses or traversing the country side on two wheels. 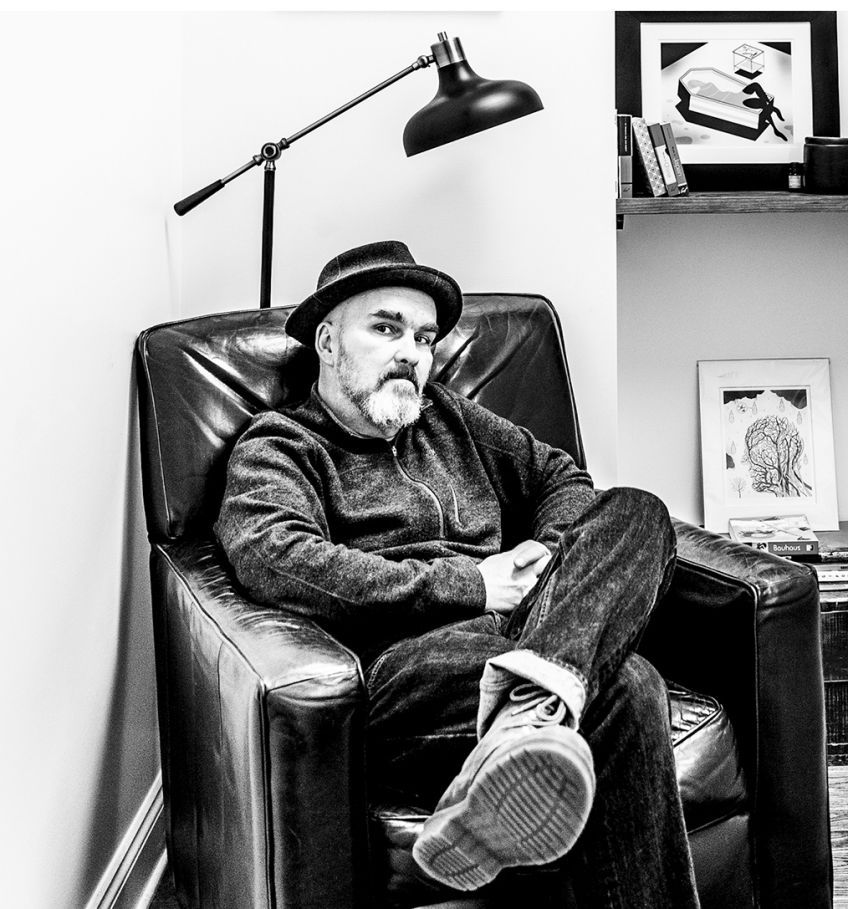 The importance of finding the root of an idea is the topic of this masterclass with illustrator James Yang.
James will show you how to free your mind from the anxiety of creating ideas, and give you strategies on how to find unique solutions to illustrate even complex concepts. You will work on an assignment based on a real life project, and you will also learn how to turn thumbnails into sketches and great final illustration. After this workshop you will have a method which helps you to painlessly come up with visuals for any topic, by finding the essence of ideas.

Intermediate English proficiency:
The course will be conducted in English, and there may be some reading materials/discussions involved.

Required material:
For idea exercises, bring a large inexpensive stack of drawing papers, a pad of tracing paper, sketchbook you normally use, pens, permanent markers, pencils, and tape. Please also bring any material you want to use to make your final illustration, which is up to you to decide. You may want to look up reference materials, or do research, so having some kind of web device would also help (laptop, tablet, smartphone, etc. Free wifi will be provided).

4 (of 12) tickets are already sold for this class.

James Yang was born in Oklahoma and graduated from Virginia Commonwealth University with a Bachelor of Fine Arts degree in Communication Arts and Design. Within a few years of entering the marketplace, his work appeared in prestigious trade publications such as American Illustration, Communication Arts, 3×3 Magazine, Graphis, How, Print, and The Art Directors Club of New York.

James has won over 250 awards for design and illustration excellence including best of show from 3×3 Magazine. He has taught and lectured at a variety of institutions including SVA, Parsons, FIT, SCAD, American University in Lebanon, and was an executive board member for ICON, a biennial illustration conference.

James currently lives in Brooklyn, where he happily works for a variety of clients worldwide, book publishers and animators. His wallpaper for the MTA is now on trains in New York City, and he is the author and illustrator of American Library Association award winning children’s books, Bus! Stop! and A Boy Named Isamu, published by Viking. More
Is Yet To Come